Whatever the obstacle, always reach the target 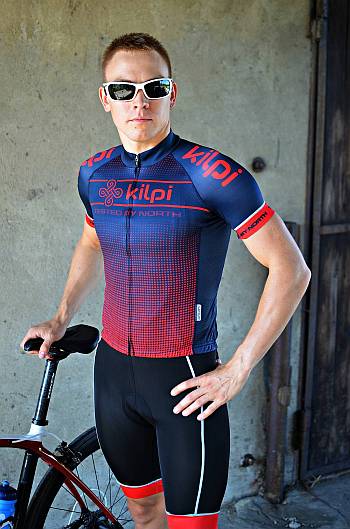 From the age of 3 months until the age of twenty I swam. At first, I went to classes and from the 4th grade in primary school I devoted myself to the fullest to competitive swimming.

I am a club record holder and I also represented the swimming team. After graduating, I went to university and thus switched to TT. I came to compete triathlons through my coach (Mgr. Lukáš Vrobel). He asked me if I wanted to try, we did stress tests and they turned out great and we started working together.

The start of a new career was tough because I fell straight into the U23 category (20-23 years). I'm gradually working up and improving my performance every year. I am a representative of the Czech Republic in TT. I am dedicated to the Olympic triathlon (1.5km swimming, 40km bike, 10km running) and I also ride shorter distances and sprint TT. I was at the European Championships in both distances as well as at the Academic World Championships 2018. At the beginning of 2018, I was approached by the Berlin TT club to race for them. This year we managed to advance from the second league to the first league.