A sport which brings joy and pleasure often hurts but always leads to satisfaction at the end. 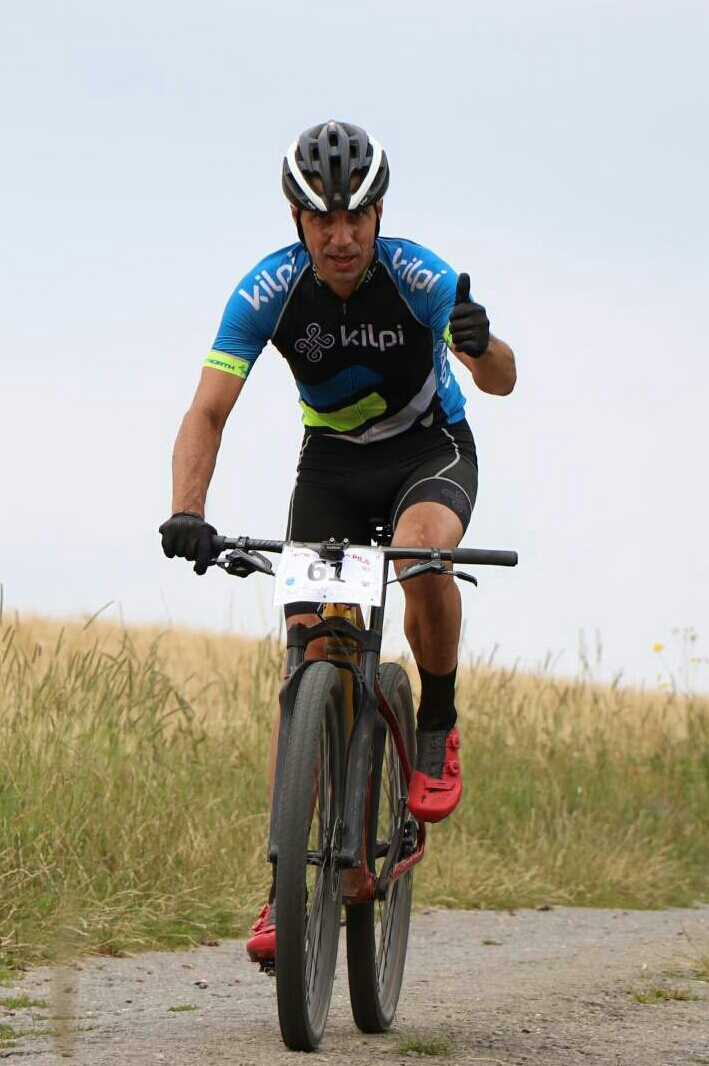 My sports journey may seem a little crooked however as life develops in its own and often peculiar way, sports, as a part of it, cannot be excluded. I perceive it all though as very positive.

My sports childhood was not influenced or oriented by my family in any way. This was because of the time period I was growing up in and because of the fact that my parents were occupied by other, more important duties and there was thus not both finances and time. I must admit that there was "envy" somewhere at the back of my soul when I was looking over the fence at a tennis court watching my peers enjoying tennis lessons given by a trainer, or a group of boys enjoying a game of football under the instructions of a coach. I also could not understand the resistance of the “pampered” children (smiling) when they were encouraged to raise their efforts. I think that this scenario was the foundation of my versatility in sports, since thanks to my natural addiction to physical activity I did whatever sport that came my way. In the area of both my personal life and development this lead to my greater independence, stronger will, purposefulness in life and sports and belief in my own abilities, bearing in mind that if one really wants to, they can achieve seemingly unreal things.

A brief summary of my organized sports life began when I turned 15. I had the chance to start playing football (soccer). In my 18, I was getting familiar with mountain bike riding through the influence of Tomáš Motyka (A bike Club), who was a patron of mountainbike races “Beskydy Mountains Cup” (Czech Rep.) and Czech Mountain Bike Cup race taking place in Malenovice. At that time I was getting deeper and deeper into mountain bike racing “secrets” and under two local teams – Cyklo Grussi Ostrava and Slezan Frýdek-Místek – I was competing in the Czech Mountain Bike Cup and Czech Road Cycling Cup. I had my dreams and desires in cycling then but in my 23 I came to realization that this sport would not be able to make my living, and so I decided to devote my time and efforts to professional life and catch up on high school and university studies. For the following 18 years I led a very versatile sports life, again... I was, for example, into tennis so much, I started to practise, practise and practise, which brought me tens of different experiences from actual matches and tournaments played and eventually led to a coach licence and me training players from youngsters and Secondary school tennis club members to adults.

In my 40, I experienced sort of awakening or unidentified impulse to mount my mountain bike again and ride a race of which I read in a leaflet that “coincidently” fell into my hands. But this one innocent ride started an avalanche. A systematic training schedule was just the first step soon followed by everyday racing and an offer to become a member of a newly set up team BMC Racing Team CR which focused on participation in a Bikes for Life cup and in Czech Cup XC. After two years, when I was in winter training for the upcoming season 2018, I picked a new sponsor and reseller Jump Sport Frýdek-Místek (a local one, simply for the sake of easy reach and support of local resellers). Due to my sports life evolution though, the training did not actually take place because I started to run more that ride :-) At first, I played around with an idea of combining and synchronizing the two sports together but it turned out to be completely unreal, and so I am where I am... :-) ...a former biker who, being a newbie in the running world, would like to find courage to call himself “a runner.” :-)