Martin Nytra and Luboš Seidl: 400 kilometres in the saddle in one day

Our ambassadors Martin Nytra and Luboš Seidl went on a one-day bike trip from Nitra in Slovakia to an Austrian street, Seidlstrasse.

Take a look with us to see how the boys made it through the beautiful 400 kilometres in the saddle. 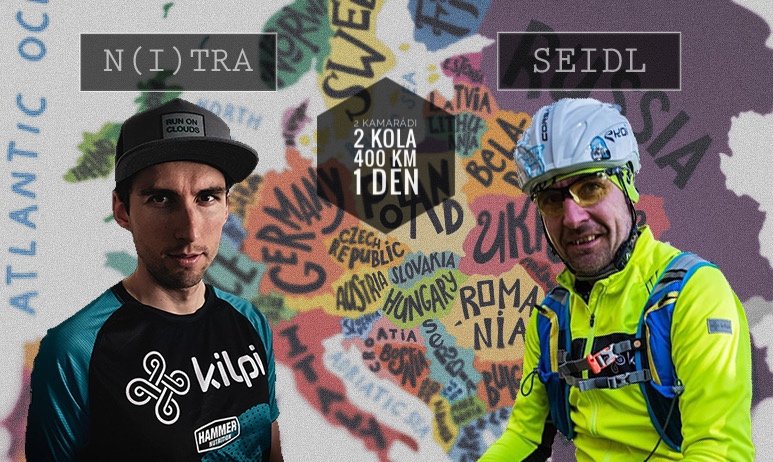 400 kilometres in the saddle in one day

I spent a large part of the winter on the treadmill this year, because running in the dark and in winter is not a winner in Prague.

So, it was time to take it one level further.

There is beauty in simplicity, and it was no different here.

The process was as follows:

There really wasn't much more to it, maybe I cut out three more minutes trying to persuade Luboš', but that's really where it ends.

The route Nitra - Seidl was born.

Suddenly, the cold is gone, and there are only three days left until the start. We're just figuring out which direction to go - I don't know anyone who wants to cycle 400 kilometres against the wind. But as we know, you can't beat the wind, especially over such long distances. So in the end, I felt like we were going upwind for the first 300 kilometres.

We started from Nitra slightly after four o'clock in the morning and it was still quite cold - the thermometer showed only 2°C (I thank my father-in-law for his willingness to devote his night to us and to take us to the start at this ungodly hour).

Since it was supposed to be around 17°C again in the afternoon and we were packed light, it was quite fun. Fortunately, we are well equipped with the best KILPI clothing, so we managed and did not freeze to the wheels of our bikes (more about the equipment at the end of the article).

From the start, we chose a strategy of riding consecutively with a rotation after five minutes and thus sparing some of the force against us from the wind, which had decided to make it unpleasant for us.

Bratislava and the first one hundred kilometres were behind us in 3.5 hours. The pace was good, the sun was starting to warm and I could start to feel my toes again.

Our first stop was planned for the 130th kilometre somewhere near Vienna, with great food to fill our tummies of course. But how many pubs or restaurants will cook you something warm around 0900 in the morning? And then it happened.

So I had to stay on Perpetuem (2x 0.6 litres) up to 180 kilometres. Here we had soup, schnitzel, non-alcoholic beverages and continued to move.

It got really beautiful during the day, but even hellish. In the end, it resulted in an unplanned stop at the store and the purchase of almost everything liquid that was available (6 litres), and I say this with a little exaggeration.

Eventually we were overtaken by an amazing Austrian with a belly sitting on the frame of his bike, who dragged us behind him for about twenty kilometres at an average pace of 36km/h, during which he kept apologising to us that he was slowing us down and that he doesn't ride like he used to. Thirty years ago he rode in a pro team and lived in Mallorca.... this explained everything.

But for us it was a great boost and motivation to get our legs moving again!

The next scheduled stop was going to be around 300 kilometres. Of course, hunger is a bitch and we had to have pizza twenty kilometres earlier.

At that moment the wind calmed down, no wind at all, and thus an incredible relief for us.

In addition, only 120 kilometres left to the finish (in our case, the street).

Yes, I am writing, but only in relation to how many kilometres we already have in our legs. 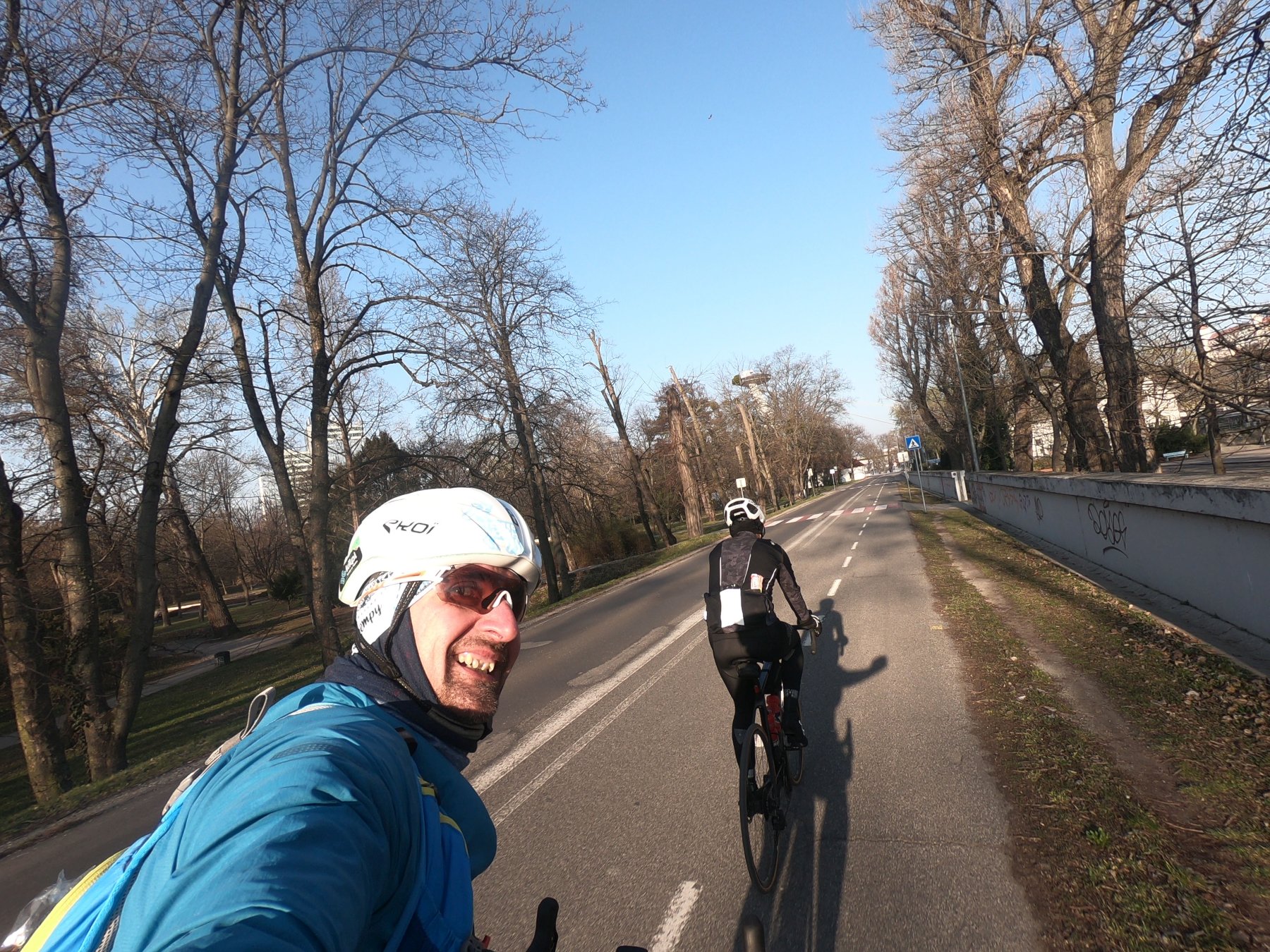 We were drawn to the goal like magnets. We got closer and closer with every kilometre, an absolutely great feeling. Since you know it's coming to an end and unless something really bad happens, you'll make it through, and that's a priceless feeling!

The last few hours we were already riding in the dark, it was nice and cool and I was so looking forward to a shower and bed.

So when we finally got to Seidlstrasse, I felt immortal, but I did not want to ride any further. On the computer shone 400 kilometres and we had fulfilled our goal.

For the last two kilometres, they took us through the city to a hotel, where they took care of us royally. Maybe they didn't expect us to eat everything for breakfast the next day, hopefully there was something left for other guests.

An absolutely amazing day in which you won't sit on your ass for long!

Oh, no, you will, because your train is going home from Linz. Therefore, you still have another day of riding 35 kilometres to the train.

I can only recommend it and I must tell Luboš that he sent me another route this time:

Martin -> Luboszow (450km) so I wonder when we will have time for this.

As I mentioned, we were dressed purely from KILPI and we were completely satisfied. Despite the large temperature range, we managed to layer beautifully and stay warm and comfortable all the time:

Have a nice day and next week I will supply you with material from Mallorca !!!